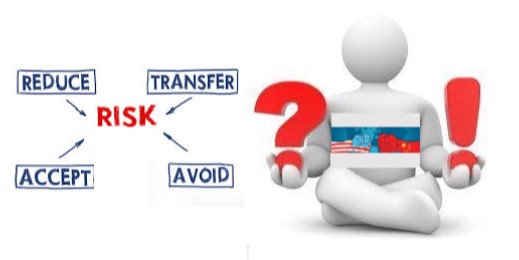 For all the hel-sink-ing moments we have lived through over the past year and half, EM has suffered less from any endemic problems of its own. On the contrary, EM has been battling with DM’s actions like probably never before. Beginning with rising US rates (propelling the dollar higher), EM currencies “fell like a rock” across Argentina to China only to be further rocked by escalating trade tensions. But then as we know, there is an endless list of things weighing currently on risk sentiments. Looming threats to rewrite rules, globally, from NAFTA to WTO to Iran’s Nuclear Pact to NATO, etc. portend a new world order where day is night and night is day. As trade wars and tariffs that once seemed unimaginable have now become the “greatest” living truth, investors need to brace for the unimaginable. So, risk premiums and/or hedges that investors in EM have typically sought, would probably need to be reassessed and recalibrated for each opportunity idiosyncratically, with little room for relying solely on brand names, historical track-records, and quartile rankings. How a GP is positioned competitively to generate trades/originate deals, execute nimbly, and manage “risk” (including “geopolitics”) proactively, will matter more than ever before.

Historically, EM has been a poster child for risk that investors often lump under “volatility”, with currency vol. being the biggest driver. The contagion from rising US interest rates and a dollar has spread across many EM countries even though fundamental stories remain intact e.g. India, Indonesia, etc. Other issues like liquidity drying up due to limited risk-taking by banks and an overall lack of local institutional support, is a recurring problem as we have seen recently in EM spread-widening especially in LATAM and EMEA corporate and sovereign bonds. While the growing legion of domestic investors in Asia helps buttress this issue by providing a local bid for assets, though often at the risk of herding, Asia is not totally immune to liquidity concerns, which makes a good opportunity for relative value investors. Domestic political situations from Brazil to Malaysia often create uncertainty in the run up to elections, which when concluded, either suggest an orderly transition and economic stability as in Mexico or unsettling as in Turkey. Elections and party politics are often linked to nepotism and corruption that has made news across South Africa to Malaysia. In a recent twist to domestic politics in EM, many countries like Hungary, Russia, Turkey, China, etc. have witnessed a consolidation of power into authoritative leaders (by winning populist support thereby challenging democracy) where monitoring their political actions becomes quite instructive for investors. Besides business practices and governance issues, legal/jurisdictional risks afflict emerging markets, often denounced for lack of a rule of law. Capital controls and transfer restrictions (a softer iteration of expropriating assets) could be a bolt from the blue as much as all the unimaginable risks stemming from DM more recently.

Export dependent countries like Hungary, Czech Republic, Slovenia, Poland are quite susceptible to slowing growth in importing countries. But this time around, supply chain disruptions are also taking a toll on others like Taiwan, Singapore, and Korea. As per WTO, between 60% and 70% of these countries’ exports are used in global supply chains, where different stages of production are located in different parts of the world, exposing them to disruptions in global trade. Rising import costs and protectionism in export markets is a double whammy. Reconfiguring supply chains overnight is not feasible and thus affects many players like auto manufacturers in Mexico, and tech component makers in Taiwan and Hungary. This calls into question their debt levels and forex reserves which might send their currencies in a tailspin. One might think that weakening local currencies could act as tailwinds to exports but what’s being witnessed is a shortage of dollar liquidity driven by combined effects of a winding down of the Fed’s balance sheet and increased treasury supply i.e. government borrowing to meet fiscal stimulus and tax cuts, a phenomenon aptly described by a pain-enduring Reserve Bank of India. This in turn has made dollar debts a burden especially on the corporate side and defaults are imminent for weaker borrowers in the credit binging across EM in the recent past.

Aside from trade tariffs, US retreating from the world stage is allowing China to assert its role as the purveyor of globalization and a stabilizing force much to the unease of its neighbors who dread its growing clout both economically and politically. The yuan has begun to hold sway over regional currencies with many countries sensitive to any act of competitive devaluations. Many erstwhile adversaries like Japan and South Korea while warming up to the Giant Panda, fear its bear hug and are diversifying their relationships with the likes of EU and India as well as pursuing more intra/inter-regional trade as evident in the signing of Comprehensive and Progressive Agreement for Trans-Pacific Partnership benefitting its 11 signatories from Japan to Chile (ex US and China).

There isn’t anyone warier of China’s advances than the US. Trade tariffs in a tit-for-tat game, has become an everyday thing with no end in sight. But the tech-war that has broken out against China in parallel, has far reaching consequences some defined and some auguring “something bad” at best.  As Gavekal Dragonomics, a China economic research service puts it, “China is engaged in economic warfare with the aim of displacing the U.S. as the world’s pre-eminent technological and military power; hence the response must go far beyond normal trade tools, and strike directly at China’s technological ambitions.” For starters, US is strong-arming its Committee on Foreign Investment in the US (CFIUS) to check inbound investments deemed a national security threat. On this pretext, CFIUS is on the verge of receiving expanded powers to scrutinize foreign investment and transactions that could compromise US technological leadership. We saw a preview of that with US taking a much tougher line on Chinese competition (e.g. Broadcom) looking to acquire stakes in US tech leaders like San Diego based Qualcomm Inc. whose technology is critical to smartphones and the new 5G wireless communication.

China, that has only recently yielded to international pressure to open its doors to foreign ownership, might retaliate selectively by closing its doors to US (non-tech) businesses wanting to make forays into China, while remaining relatively open to others in its attempt to gain their technical know-how. Or it might impose capital controls on repatriating US investments already onshore on the pretext of preserving foreign exchange/preventing capital outflows warranting proactive and creative fund structuring by GPs. Even further, it might adopt more blocking tactics as we have seen recently with them holding off on approving NXP’s (operating in nine countries including China thus requiring local approvals) acquisition by Qualcomm. While less likely, China could increase the pace of diversifying its forex reserves ex USD (where US treasuries comprise 35-40% of its ~$3 trillion reserves) to the detriment of increasing supply of US treasuries seeking buyers which could cause a rapid escalation of US rates.

Curbing inbound investments into the US is equally matched by its two-pronged effort to stop even more of technology from leaving US’s shores. The current debate on whether to impose an export ban on US selling parts to China’s ZTE and Huawei is a case in point. What awaits us, is also a rewrite of the CFIUS rules and export controls to better enable the US to block technology transfers abroad. In this regard, it is well-known that in China, it’s tricky to say with precision where government ends and where private sector starts, as state owned/subsidized enterprises are now extending their reach into private sector giants like Alibaba and Ten Cent, less for commercial and more for political reasons.  For long, corporates like Google, Facebook, etc. have partnered with local Chinese companies and have been forced to transfer their technologies, an exploitation some have been too scared to report for fear of losing access to China’s markets. US could potentially draw a line in the sand curbing Chinese ambitions of US companies. This could manifest itself in the form of tough scrutiny of outbound mergers (in addition to inbound), a surcharge on investments into China or even “smart sanctions” – the likes of which are now in use against Russia –specifically aimed at high-profile individuals/elites or powerful groups within China.

Or worse still, US could impose economic sanctions (within the purview of The Office of Foreign Assets Control (OFAC) of the US Department of the Treasury) that may also include various forms of restrictions on financial transactions in addition to trade barriers and tariffs. Just like the US and the European Union are supporting the Russia sanctions, there are many other major economies – such as China, India, and South Korea – that are not participating in the sanctions, which could just be the opposite if the worst materializes. With China’s growing dominance and burgeoning trade partnerships in the region and beyond, China has effectively created an economic bulwark against any such potential western action. When many mind-boggling policies have taken hold (such as steel and aluminum tariffs to boost 33,000 jobs at the expense of other manufacturing jobs and 142,000 service sector jobs as per a March report by Trade Partnership Worldwide, a consulting firm) such a far-fetched stance by the US cannot be dismissed simply on grounds of China’s heft, its entrenchment in the global marketplace and economic inter-dependencies with other countries. In ÊMA’s recent conversations with China based GPs, we are already hearing echoes of such nightmarish scenarios, which makes this outrageous speculation a little plausible.

The fallout of all this could be wide-ranging and severe. While industries across the board are already feeling the pinch of trade tariffs, Hollywood, Detroit, and Silicon Valley could potentially kiss goodbye to participating in the growth of the second largest global economy just as LPs would, if restricted, in some shape or form, from making investments into China Funds. For US institutional investors, many of whom have parlous underfunded status and actively seek growth and yielding investments, it would mean missed opportunities. While we all hope for the best that our lurking fears never materialize, China based GPs, cautious of US-China action, are increasingly gravitating toward the outreach by Asian institutions. Sovereign Wealth Funds  to insurance companies to pension plans from Korea, Japan and other South East Asian countries have outgrown their domestic markets and with a changed mind-set (from an earlier conservative stance e.g. GPIF) seek growth avenues in the region to deploy their expanding pools of savings. As a result, many China GPs are approaching US markets with last mile capital requirements having gained commitments from Asian and European investors, with little urgency and flexibility to accommodate demands of US LPs.

Investors serious about capitalizing on EM and China’s growing opportunity-set over the medium to long term would be prudent to cut out all the political noise and commit adequate resources and bandwidth to evaluate the nuances of each opportunity. The backdrop of a rapidly evolving risk-climate for EM at the hands of DM, warrants a clinical examination of the key success factors, and all-round risks -defined and undefined-to form more realistic risk and return expectations.

ÊMA continues to remain responsive to investors’ ongoing search for growth and yield and is conducting independent investment audit on EM alternative opportunities with a keen eye on, on-the-ground origination/idea-generation capabilities, execution risk and above all, EM’s DM-driven risks, to the benefit LPs’ portfolios. Stay tuned.