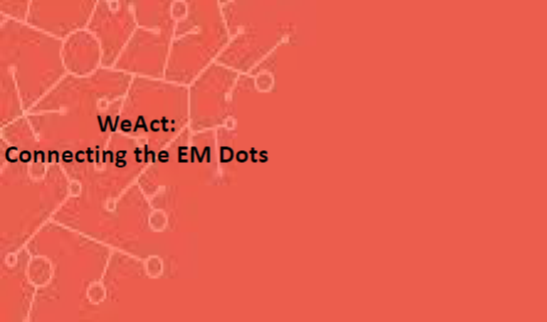 “We Work, We Worry”, read Bloomberg’s recent headline on the debacle of WeWork’s planned IPO triggered by a host of issues from valuation to governance. We can empathize with those who were quick to recount how high-profile unicorns like Uber, Lyft, Snap, Cloudera, etc. comprising a third of all IPOs from 2011 to 2016 fell ~40% from their last private-funding rounds (Source: Pitchbook). As pure researchers in EM, we are driven solely by the fundamental merits of opportunities-public or private markets- and shall not defend the lofty valuations accorded to many VC backed companies in DM and EM alike, often with little rationale but “value in the eyes of the beholder”. SoftBank, the grand-daddy of all VCs backing many such unicorns is a prime example having paid through the roof as is coming to light in the case of WeWork. Higher up the food chain, PE has also not fallen behind in paying up to 11x EBITDA (Source: Bain Private Equity).

Rich valuations, torrid fund raising in VC and PE-land (exemplified by the mother of all PE funds-$26 billion Blackstone VIII) coupled with cheap leverage has only bloated portfolio companies larger than ever before, precluding strategic buyers from bidding. To their delight, equity public markets all said and done, have enjoyed TINA (there is no alternative) inducing VC and PE sponsors to IPO such that go-public exit route has clocked its highest quarterly value in five years since 2013 (Source: Pitchbook).

And there is no stopping. WeAct strange when we follow with hindsight the Vanguards of the world who are out to monetize the growing frenzy in DM private markets by democratizing saturated and expensive PE by wrapping high-touch active management strategies, in passive wrappers. This would only add further to PE’s mounting dry powder and insane valuations which will eventually seek an exit to the unwary public market investor.

The influx of new-age companies into public markets after spending longer than average lives ~6 years as private companies, brings only “hope” for growth to despondent markets. The vast majority of newbies devoid of profitability, continue to join the ranks of many old-timers in public markets that remain hinged on monetary policy support (and hopeful for fiscal stimulus) while facing declining revenues, productivity and earnings in a world marred with widespread uncertainty and slowing growth. Little wonder, the Business Roundtable, an association of chief executive officers of big U.S. companies, recently put out a big statement saying that businesses shouldn’t just be run for the benefit of shareholders but should instead care about workers and communities and the environment. While one may pat them on their backs for looking beyond Milton Friedman’s call that the “Social Responsibility of Business Is to Increase its Profits” and thinking about long term sustainability of businesses and the greater good of all stakeholders,  skeptics could also argue that their call is one to deflect attention from their prime responsibility to drive profitability in an environment challenged to generate ordinary profits as before. The irony is that none of their espoused responsibilities outside of making-money are measurable enough to allow them to benchmark their performance to newer social metrics, away from their present-day yardstick of increasing shareholder value thus rendering their grand designs suspect.

When many pockets of private to public equity in the developed markets continue to fly high (S&P up 18% YTD and forward P/E at 17x) despite lacking or declining profitability, one wonders how should WeAct to generate investment returns long predicated on partaking in the profits of companies. We are equally flummoxed when we look at ~$17 trillion of negative yielding debt, compressed spreads all over, over-leveraged corporations (US corporate debt: ~47% of GDP with many companies continuing to issue 30 year bonds at ~ 3%) and rising junk- debt levels (~45% of investment grade is BBB).

This time, two years ago when we launched with our inaugural blog: Present Value of Poli-Tech, we identified politics and technology, as two cornerstones of future investments. Today we reiterate with no less vehemence that these remain increasingly important to the investing world when pure business metrics e.g. revenues, profitability, etc. are taking back seat and geopolitics is in many ways taking over from central bank policies to becoming the central driving force for markets.

There is no denying that the US has been transmitting seismic waves across the globe triggered by a new fear-factor every day to the point that it has swapped roles with EM as a bedrock of troubles, anxiety and uncertainty. Most recently a spike in repo rates, typically a symptom of a liquidity freeze in many emerging markets (recall China in 2013) is now an added concern. While the developed world is still awaiting its fate as to where its actions would lead, the developing world is trying to insulate itself from external forces to the best it can in chalking out its own future by nurturing local economies across multiple dimensions-consumers, infrastructure, businesses, financial and capital market reforms, healthcare, education and of course technological innovation. In other words, EM is preparing to pack a punch for the future!

Driving structural changes in EM is local politics and how it lends to constructive policy making, regulations and technological innovation, understanding an interplay of which is crucial to direct how WeAct to adapt investment portfolios to respond to a new investing paradigm of low growth and low confidence. Just flocking to EM for the sake of EM on old metrics of GDP growth, inflation, foreign exchange, etc. or sticking to EM bellwethers would simply be scratching the surface. If without belts and suspenders i.e. suitable hedges, investors remain exposed to the roller-coaster experience that many have experienced investing in EM through traditional (mostly long-only equities and EM Debt) means in the past.

While developed world politics for the most part is disabling in many ways, nationalist agendas in many EM countries are enabling consolidation of power both regionally and globally by growing economic clout not just military might. Who would have heard in the past that present-day India has announced a $1 billion line of credit (concessional loans) for the development of the resource-rich Far East region of Russia (Source: Times Of India). This is similar to China’s soft-loan diplomacy extended to many EM countries including Africa which has witnessed bilateral trade grow at 20% annually, FDI pick up 40% over the last decade and private investments soar in manufacturing, services, infrastructure and real estate (Source: McKinsey). In the recently concluded US-India love-fest titled “Howdy Modi”, Mr. Modi left no stone unturned to promote a welcoming and fertile environment for businesses both domestic and from overseas to materialize his vision of growing India into a $5 trillion economy over the next few years. This came close on the heels of a series of tax reforms to lower corporate taxation and mitigate the after-effects of Goods and Services Tax passed previously. Similarly, Brazil is close to seeing the passage of its long- awaited pension reform bill and has removed import tariffs to lift its protectionist economy out of recession since 2014.

Both India and Brazil, like a host of South East Asian and other LATAM countries, remain epicenters of innovation bred by energetic entrepreneurs supported by growing venture capital communities committed to creating digital societies. From widespread adoption of artificial intelligence across fintech, healthcare, education, consumer and enterprise solutions to facial recognition technologies, emerging economies are being re-characterized from their stereo-typical descriptors of “commodity producers/exporters and oceans of middle-class consumers”. As experienced recently in the US and Europe, newer technologies touching every sphere of life, are evoking newer regulations, in many instances by trial and error. Taking a cue from this, technology innovation in EM would be much better placed to anticipate the far-reaching impacts on societies and warrants working with their (and global) regulators to develop regulations proactively (When Technology Gets Ahead of Society-Harvard Business Review) as opposed to facing restrictive protocols subsequently threatening to clamp down nascent businesses as witnessed with Juul Labs (accused of marketing flavored e-cigarettes to teens). Equally important is privacy and consumer protection practices adopted early on as opposed to suffering rigorous curtailments and threats of a break up as faced by Big Tech today. However, it must also be recognized that consumer privacy and data protection fly in the face of strict monitoring, oversight and breach of privacy in state-controlled regimes like Russia and China.

Lastly, social responsibilities towards all stakeholders is expected to be woven in their corporate fabric from the get-go as opposed to be an after-thought or a mere marketing ploy as one might be tempted to interpret from the repeated mention of “ESG” on US company quarterly calls partly geared toward placating socially-conscious millennials. In other words, developing world businesses raised in a new era become desirable investments especially if they check most of the boxes on economic, social and governance fronts. To our delight, many EM private credit investors also employ ESG screens on potential borrowers adapted to their borrower base to extract both an economic and social premium on their capital. As investors, it then becomes imperative to follow these winds of change closely to see how all of politics, policies, regulations and innovation percolate down to individual businesses in EM or how alternative data (e.g. social media feeds) harnessed by new technologies can allow better security selection. A granular understanding of such structural changes helps tap into investment strategies to extract premiums for inefficiency and complexity (mostly through private market strategies) which is quite different from making long term macro calls on countries and sectors based on blanket policy announcements which again could be a hit or miss, unless of course such calls are made to employ temporary macro hedges.

While EM is rife with examples of fundamental changes breeding new investment opportunities with longer-term payoffs, we spotlight Greece which only months ago exited its third IMF bailout program but has demonstrated a strong resilience, unlocking growth through incremental structural change. As with some other EM countries, cleaning up bank balance sheets off bad loans and restoring liquidity into the banking system has spurred more credit and business growth. The rest then is expected to follow with more employment, and consumer spending, revival of tourism, drawing new investments into manufacturing, services, housing and infrastructure. With overhang of elections over, market-friendly policies if delivered by the new government should attract longer-term investors.

Equally compelling as internal dynamics is how EM countries are responding to take advantage of ongoing trade wars. The competition is on among Bangladesh and many South East Asian countries e.g. Vietnam, Cambodia, Indonesia to establish new manufacturing bases. While labor policies, wages, etc. would be important, the ease of doing business, infrastructure, technology, regulatory changes and legal environment would be quite key to position countries favorably in the new global supply chains. To mute the impact of an economic slowdown, China recently scrapped QFII quotas- the old method of accessing local Chinese markets, eased repatriation restrictions and has allowed foreign asset managers to own controlling stakes in local JVs, all aimed to promote investments into China and increase the use of yuan.

At a time when DM politics is upending established structures eroding economic, business and investment principles, it behooves savvy investors to understand how the multitude of changes evolving in EM are coming together in order for them to establish their convictions before venturing out to capture potential risk premiums. At ÊMA, WeAct to closely follow the interplay of on-the- ground structural changes creating new investment opportunities targeted by EM private equity/credit/venture capital local managers, who ÊMA independently examines (i.e. a 360-degree due diligence of investment strategy, execution, business operations and fund management) to the benefit of LPs’ portfolios. Stay tuned.