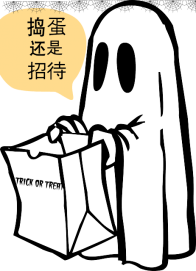 Less than ten days ago, cute little monsters huddled around our doors shouting, “trick or treat”. As responsible parents, we doled out healthy (as in less sugary) treats which neither prompted tricks from our little pranksters nor came laced with any tricks on our adorable imps. But that is far from true for distress situations especially in emerging markets. Treats (in the form of mid-high teen IRRs) that are potentially in store for non-traditional gutsy investors, they do not come unmixed with tricks embedded in their core. And we are not talking about Greece and Venezuelan sovereign debt that have been grabbing recent headlines for these come with an added layer of global politics. Our reference here is to the relatively less spoken but tempting opportunities in corporate distress loans playing out over the near future in China, India and Brazil with Central and Eastern Europe also on the horizon. While each region has its own set of nuances which adds to the bags of tricks, prudent investors ought to adopt a method to the madness before indulging in such equally compelling bags of treats. Though it is beyond the scope of Ideas Lab. to get into specifics of each region (probably the subject of an in-depth due diligence), some parameters might be equally relevant when navigating the tricky parts of these opportunities be it in China, India or Brazil.

At the very beginning it is important to understand the factors that lead to a distress opportunity. Little surprise that the common denominator has been indiscriminate lending often compromising the economic soundness and/or downside protection in worst case scenarios. China is guilty of a plethora of uneconomic loans mainly to old-economy infrastructure (steel, cement, coal etc.) sector through its state-owned banks in the aftermath of the financial crisis to avert the liquidity crisis and resultant economic slowdown engulfing the rest of the world. India through its 27 odd public sector banks (PSU) that constitute over 70% of its banking system by assets advanced similar loans betting on the commodity super-cycle. Brazil’s mid -size banks loaned small and medium enterprises in cyclical sectors while state banks lent at a torrid pace to create jobs and national champions. Exacerbating the situation, Brazil’s left-wing government kept subsidized credit flowing through state controlled retail banks. So long as loose credit flowed in these countries to targeted sectors the flames were kept lit but as it receded (for a variety of reasons varying from country to country) it now ironically threatens fires of hell by creating systemic problems in clogging banks’ balance sheets and restricting economic growth. All three countries are seeking ways to rid themselves of these non-performing loans or assets which opens an opportunity for bold distressed investors.

However, what determines the true opportunity is the magnitude of the distress, the pace at which “paper” is ejected out of the banking system and protection afforded to creditors (new buyers of paper) by the legal system. China’s official figures mask the real scale of problems but various sources conservatively peg (by triangulating many data points) non-performing loans afflicting the banking sector at $750 billion plus. India’s non-performing assets are estimated at north of $120 billion and Brazil’s federal claims and NPLs are potentially over $60 billion. In this context official NPL ratios often under-represent the true situation as in the case of China. Ginormous that these opportunities might seem the catalysts that trigger the release of bad assets determine the timing of the opportunity lest it become a situation in Europe post crisis where many investors backed up theirs trucks only to realize that European banks lacked requisite equity to absorb the debt write-offs. In that regard, the four main Chinese banks have built up capital buffers and India’s PSU banks and Brazilian private sector banks have made bad debt provisions. The question remains if banks would want to take a 100% hit or are there other economic, social and political repercussions from booking losses. On the legal front, strong policy initiatives like China Banking Regulatory Commission Circular 46 (prohibiting accounting practices to window-dress liquidity and capital ratios and accelerating NPL resolutions) and the reinforcement by the Chinese Politburo post the recent party congress to cleanse the banking system of NPLs, are positive indicators. Similarly, India’s new Insolvency and Bankruptcy code introduced about a year ago to expedite resolutions within 180 days is a step in the forward direction.  By the same token, the Brazilian National Congress has published a new Code of Civil Procedure aimed at speeding up judicial cases. This new procedure reduces the number of appeals and the possibility of different judges issuing contradicting rulings.

Once the policy directives and catalysts are understood, the humongous task ahead is one of monetizing the opportunity. While simply put, it’s a matter of buying and selling (paper) there is a lot of nitty- gritty that needs to be ironed out.  For buying alone, it’s important to understand if paper is sold (by Asset Management Companies/Bad Banks tasked to aggregate NPLs from commercial banks) as pools of loans in an auction process or piece-meal in bi-lateral transactions with qualified buyers. Sourcing networks are key with an emphasis on relationships with banking officials to get a sense of timing, reserve bid (if any), competing bids etc. Quintessential to this acquisition process is the investors’ pricing models to understand the characteristics of the pool (e.g. regional geography, secured/unsecured, sector, stage of bankruptcy, collection probabilities, liquidation value of collateral etc.) to make prudent bids. This is particularly important where the (bad) bank is selling outright vis a vis partnering in issuing a security-receipt (in India) for that guides how paper is bid to build a margin of safety.

While exit strategies are part of the equation when purchasing a bad loan, the true test lays in exiting effectively. The preferred route often is to sell the loan or the collateral (if a secured loan or attaching an undeclared collateral) to a downstream buyer interested in it for strategic reasons, or restructuring (especially in the case of individual loan purchases) the loan. In the former the role of servicers is quite important in finding interested parties and facilitating sales which implies a review of their compensation and incentive structures in place. The latter could prove more laborious especially when there’s a credit committee of individuals with competing interests. The least preferred exit-strategy is court resolution that could be tedious and as in India’s case, an unchartered territory with over 250 cases burdening (in the absence of adequate qualified legal professionals) the 11 benches of the National Company Law Tribunals awaiting precedent-setting resolutions. Thus negotiating/settling with borrowers outside of courts results in better recoveries.

With many tricky moving parts, the question before developed world sophisticated investors is one of implementation. While brand name global distress players are psychologically comforting, local investors though obscure, probably enjoy a leg up with their networks, and knowledge of local business practices, legal systems etc. The irony is that in many cases the very brand name global investors that LPs find comforting, are either co-investing or striking partnerships with the local shops partaking in their “treat”. Local shops are wary of foreign partners in sharing their local know-how and therefore such partnerships bear watching. So why not treat yourself to a local manager if one can separate the tricks from the treat either by one’s own efforts or through an independent audit of the investment opportunity.

In this regard, ÊMA shall remain responsive to investors’ continued search for return premiums and with its independent audit process, prepared to identify tricks associated with treats as discussed above. Stay tuned.