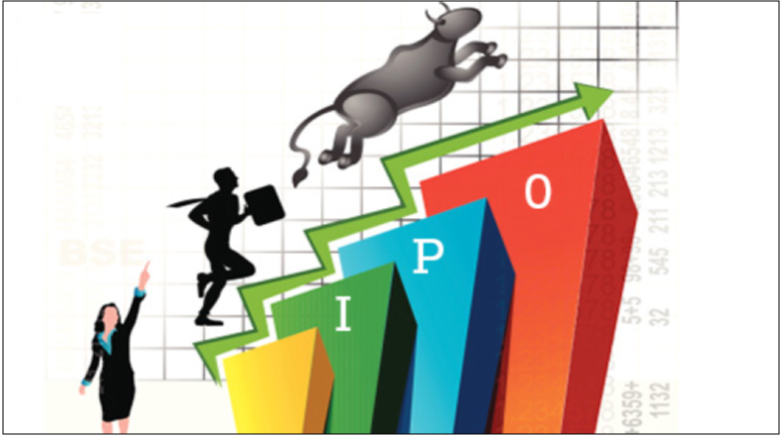 The IPO window is wide, wide open. Lyft, Spotify, Snapchat, Pinterest, Beyond Meat, etc. have already gone public and many more (16 at last count slated for May 10, 2019) including Uber, WeWork, Palantir, Chewy.Com (and Softbank-the mother of all IPOs aiming for $100 billion) are getting ready to catch the wave. As during the dotcom phase, only a fraction of them are making money e.g. Airbnb, Zoom Video though this time around the companies are more mature with average age since inception at ~12 years, three times the average back then. Why then are these private companies going public now (after an IPO lull-courtesy Sarbanes Oxley- and higher M&A activity post the dotcom bust) if they have enjoyed multiple rounds of venture funding  away from the watchful eye of investors and regulators? Simply put, investors’ hunger for growth in a low interest rate environment, marked with good liquidity, and upbeat low volatile markets (until now), have created a fertile environment for these private companies to cash-in their chips. And that too at astronomical valuations pegged only to the hope for growth, market share gains and improving margins even though they are likely to be bleeding red for the foreseeable future. As issuers, could they ask for more? As alternative strategy investors, we can surely ask for ways to exploit windows of opportunities that the IPO mania unleashes in EM as well, without chasing hot IPO stocks.

It’s no news that besides a deluge of IPOs on our shores, there are so many firms that seek an IPO in China (260 in the pipeline before CSRC and 192 applications before HKEx-Source: E&Y Q1 2019 IPO Report) after a spate of recent IPOs (iQiyi, NIO, Pinduodua, Tencent Music to name a few unicorns). The irony is that many e.g. Meituan Dianping, Xiaomi, etc. resemble their DM cousins even in their profitability. According to the E&Y IPO Report, HK & Shenzen raised $4.9 billion (53 IPOs) twice as much as NASDAQ at $2.5 billion (19 IPOs) as of Q1 2019. Asia-Pacific represents two-thirds (up from ~50% in recent past) of global IPO activity by deal numbers and value in Q1 2019, despite the prevailing geopolitical uncertainty. Also, Asia-Pacific. exchanges were most active, representing eight of the top ten exchanges by deal numbers in Q1 2019. As in the US, technology and media and entertainment companies continue to throng IPO markets in Asia-Pacific with increased investor interest in pharmaceuticals and pre-revenue biotech and education companies.

Driving IPOs is a massive need for capital from emerging market companies beyond what can be fulfilled by bank loans. In some instances, as in Saudi Arabia, privatization (more than 20 companies in 2019), is also driving IPOs. Besides aiding companies with an avenue to raise risk capital, some countries such as Russia turn to investment banking (M&A, IPO etc.)  as a strategic priority to signal a robust economy and attract outside investors. Some countries are even promoting small junior stock exchanges (similar to SharesPost and SecondMarket in the US) to go public early, and even crowdfunding to avoid any prospectus disclosures.

Mature emerging markets like India are continuing on the path to make regulatory changes to institutionalize markets, with more quality control and better oversight.  Retail dominance is quite common in India, China and other EM markets. As confirmed by a 2018 study, “Reallocation of IPO Shares: Emerging Market Evidence”, (International Journal of Managerial Finance),  underwriters reward and favor retail investors to drive demand to oversubscription levels resulting in initial gains (referred to as “underpricing”- a common phenomenon in both DM and EM as attested by various historical studies) though underperforming in the long run, quite the opposite of what one might experience with more informed institutional participation. In fact, in 2009 the Securities and Exchanges Board of India (SEBI) allowed for a set of “anchor” institutional investors who could be made firm allocations at a pre-IPO price provided they all bought at the same price and had a 30-day lock-in to avoid “flipping.” The share for the anchor investors was restricted to 60% of the share of the qualified institutional buyers (i.e., 30% of the total issue). SEBI also made it compulsory to follow a proportional allocation method (i.e., allotted shares ought to be in the same ratio as the application amount) capping retail investors to 35-40% of the issue. This reduced, if not eliminated, the favoritism that book-runners could give their preferred clients.

Shanghai Science and Technology Innovation Board (the “Board”), China’s Nasdaq in-the-making (in addition to the current ChiNext in Shenzen), will begin to trade the first batch of companies this summer. The Board is expected to play a key role in developing China’s multi-level capital markets, to support the development of enterprises with new technologies, as well as to promote Shanghai as an international financial center and a science and technology hub. The Board is also trying to attract State-Owned Enterprises (“SOEs”) to demonstrate that the companies listed in this board are worth investing.  The departure from an approval-based system to a registration-based system for IPOs with listing applications is geared toward expediting (~ 3 months) the IPO approval process leading to more activity. The Board would also admit companies to pursue an IPO without having to generate operating income and net profit e.g. pharmaceutical companies without a product in commercialization. The Board is also a potential listing venue for companies incorporated outside of China (i.e. Red Chips, variable interest entities) with different share classes or those seeking to spin-off an independent subsidiary through an IPO. The new initiative is also intended to allow for market-based underwriting and share price fluctuation limits (no limits during the first 5 trading days and a ±20% daily limit thereafter) with a greater emphasis on information disclosures for more informed investment decisions. With the Board’s launch, Hong Kong, which has remained a hub (especially GEM Board) for Chinese companies especially techs (with no/little history of profitability), could now face competition.

Following the lead of some DM countries and HK, Singapore also now allows IPOs of technology firms with different voting rights (dual-class shares), a departure from the “one-share-one-vote” principle as witnessed with Snap, Facebook, Alibaba, etc. allowing founders to retain greater control over their companies. If allowed back in time, Alibaba would have probably listed in HK (which is now being considered) not NYSE.

A better listing environment in local jurisdictions, tempers the enthusiasm to list abroad which has typically aggregated 6-8% of global IPO activity in recent times with 2018 registering a high of 10%.  2018, saw a quarter of new US listings come from companies in South America, China, and Israel.  However, local market liquidity and costs could continue to be a concern, thus maintaining the inflow of EM listings (e.g. So Young Int’l, Yunji, Luckin Coffee) on NASDAQ/NYSE catering to the demand from investors looking further afield for investments that may offer higher returns. Also, as in India’s case, foreign listing has remained a sticky regulatory issue as India has not yet adopted full convertibility on the capital account, and hence cross-border capital flows remain regulated. That said, India remains a leading source of companies tapping the global markets through American depository receipts (ADRs) and global depository receipts (GDRs). China too, recently experimented (unsuccessfully) with China Depositary Receipt in the case of Xiaomi, in an attempt to encourage tech companies to simultaneously list abroad and in mainland China.

Despite attempts to institutionalize markets, retail participation, promoter’s shareholding, auditors’ reputation, underwriters’ reputation, etc. feed into investor sentiments driving initial demand and opening performance. While the masses make a beeline for IPO stocks at crazy valuations, private market investors have much to gain by selling into the hype and monetizing gains for their (i.e. venture capital and private equity) portfolio companies. In this regard, private credit transactions structured with stock warrants and other equity kickers also stand to capture potential upside.

Then, when the IPO euphoria wears off and price discovery kicks in to see stocks attain more sane valuations, these often become good long ideas if the companies bode attractive fundamentals. Those that are weak intrinsically become favorable short ideas. Investors would also note, that the IPO cycle is inextricably tied to M&A activity as stock often serves as currency in acquisitions providing a good reason for companies with acquisition ambitions to IPO in the first place. Thus, the same listed stocks become acquirors or acquisition targets providing the basis for a merger arbitrage play. Furthermore, private equity could buy-out the same candidates that might have been taken public a little too soon. With better-functioning EM public markets, the tool-kit expands substantially, especially when more companies prefer to list locally than seek cross-border listing.

EM nuances (gleaned from ÊMA’s regular interactions with local EM managers) further expand the opportunity set especially for alternative investors who are better-positioned to benefit from market inefficiencies to the dismay of more traditional investors. Frauds depicted by unverifiable/over-reported assets (e.g. Sino-Forest), fictitious sales revenue and receivables, missing/fake written bank confirmations (e.g. Longtop Financial), etc.  all make an interesting recipe for short ideas. A common feature, in many emerging markets is the prevalence of family-controlled business groups that often suffer from poor governance and pose the risk of siphoning off profits to other group companies, at the expense of minority shareholders. Such complex related-party transactions provide the basis for short ideas which traditional stock-pickers might avoid altogether. Stock award for CEOs and other key personnel tied to the IPO but unaccompanied by any kind of future performance target is yet another exploitable inefficiency as observed in the case of Xiaomi.

While IPOs have picked up in the extended bull-run, between 2006 and 2014, PE/VC firms have poured more capital in small and medium businesses in EM than the money raised in the primary markets. In India alone, VCs/PEs pumped in over seven times the funds raised from IPOs in the last four years. This creates the tremendous opportunity in EM venture/PE markets with the potential to exit through evolving IPO markets (besides takeout by corporate VCs, strategic investors or sponsor to sponsor exits). Therefore, long term EM investors desirous of gaining from EM unicorns are better off investing in the private markets (as opposed to following the herds in IPO ETFs) and selling into the excitement only to return to take a second bite at the apple through long and short strategies or merger arb or even through a buyout play.

As local public markets in EM open up further with improved regulation, transparent disclosures, best practices, etc., ÊMA remains alert to the panoply of alternative strategies emanating from local opportunities. ÊMA continues to conduct independent investment audit/due diligence on various EM- based managers, equipped with local knowledge, expertise and networks who can react deftly and timely to capture such windows of opportunities, to the benefit of LPs’ portfolios. Stay tuned.